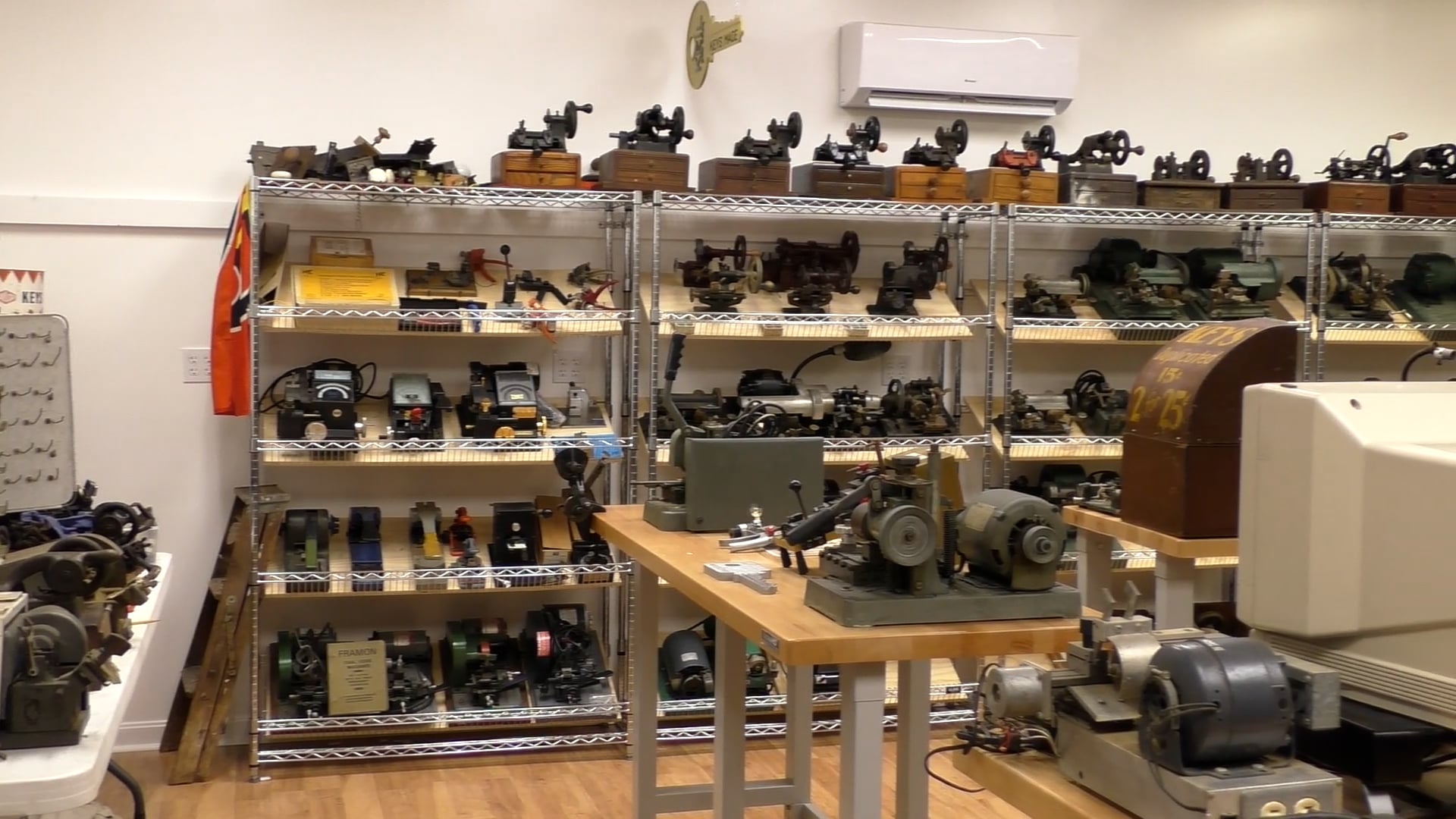 The first production pin tumbler lock cylinder was invented by Linus Yale, Jr., in 1861. The need for mass produced keys became more prominent in America as the use of pin tumbler cylinders were being used for security of homes, business and government agencies throughout the country.  This overwhelming need of mass produced keys led to the reciprocating file cutter invention. There are very few of these rare file cutters that have survived over the years.

In 1895 the first key machine patent was granted to Edmund R. Darling of Providence Rhode Island. Mr. Darling licensed the Graham Manufacturing Company to manufacture and distribute his key machine.

Graham offered this machine in a hand crank and a flat belt driven model. With either machine you received a large fiber or a steel saw type cutting wheel. They were both available in sizes from 6" to 9" in diameter.

Keys are uniquely made in all shapes and sizes depending on the cylinder type. Each key machine was designed to cut specific or multiple types of keys formatted with the cylinder. This has led to a multitude of different designed and engineered key machines being produced over time.

The museum currently has over 300 key machines in it's collection spanning from the 1800's through present time.

Our Mission is to provide the aspects of key making in the locksmithing field through historical, scientific, and educational context. We strive to supply the technical knowledge of key machines while valuing the preservation and conservation of the key machines for current and future locksmith professionals.

Founded by Tom Demont in 2015, The Antique Key Machine Museum of America has in it's collection some of the rarest key machines in the world. Most of the machines are from Tom's private collection and the remainder are donated to the museum.

Please contact us if you cannot find an answer to your question.

Yes the museum is open to locksmith industry professionals and anyone who is interested in the key machines. Please contact us for further assistance.

If you have a key machine or know of a key machine that the museum might be interested in adding to the collection please contact us for further information. We have nonprofit status and all donations are tax deductible.

Monday through Friday
By Appointment Only